Click on the images below for their exhibition shop page 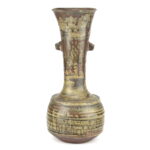 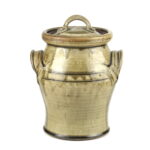 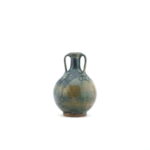 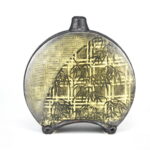 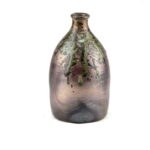 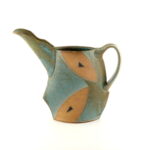 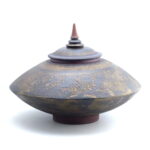 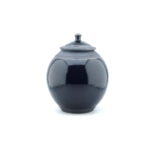 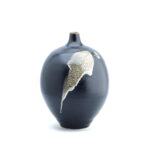 In 1955 Bernard married his third wife; Texan, Janet Darnell. Originally a sculptor, Janet had been impressed by Bernard and Hamada during their demonstration and lecture tour of America. She followed them back to Japan where they organised for her to train as a Potter. After their marriage Janet had thoughts of her own as to the running of the pottery. There was no room for two strong willed managers, so in 1955 David Leach left to set up his own pottery in Devon.

Janet imposed a different style in the running of the workshop. She dispensed with the irregular self financing apprentices, and set up a two-year student apprentice scheme. She put in place a liveable wage structure and housed the students in a variety of small flats and rooms at subsidised rents. Most came partially trained from colleges, or the more experienced from their own workshops. Having a weekly wage brought students from a broader demographic, which gave the workshop a less academic air than in previous years. The throwing room housed seven wheels, only one of which was occupied by a permanent member of staff; Bill Marshall, who acted as unofficial workshop manager. In later years Janet faced the same continuity problems as before, and added two more staff members; Trevor Corser and John Bedding.

Another change to the Pottery was that students were allowed after their daily 8 to 5 of making the standard ware, to express themselves in their own pots. This was done under strict quality control by Janet and Bernard. After their scrutiny the approved pots were allowed to be sold in the showroom, giving students an added income. This was done to prepare students after the two years, to launch themselves into the precarious world of self-employment and run their own workshop.

In 1974 with failing eyesight Bernard retired from making pots and the daily life in the pottery. This posed a dilemma as Bernard’s individual pots were fetching high prices and were propping the financial structure of the pottery. There followed a period of selling off a selection of pieces from Janet and Bernard’s private collections and other means to keep the pottery afloat.

In 1979 Bernard died. This was followed by years of recession which particularly hit the arts and craft industry. Janet decided to curtail the student- apprentice scheme and retire to making her own pots. She retained her assistant Jo Wason and left Trevor Corser as the sole survivor in the workshop. Janet died in 1997 with the pottery barely limping along and it was finally sold in 1998 to a local businessman Alan Gillam.